“It has been considered a potential site for the Garden of Eden.” DM UK
“Gobekli Tepe is too extraordinary for my mind to understand.” prof. Steve Mithen, Reading University

“It has been considered a potential site for the Garden of Eden.” DM UK
“Gobekli Tepe is too extraordinary for my mind to understand.” prof. Steve Mithen, Reading University

Göbeklitepe was added to World Heritage List by UNESCO on the 1st of July, 2018.
Why it is so important? Did you hear its name before adding to World Heritage?
Did you search on it on the web? What did you find? And, what did I find?

I don’t know the reason why, but something attracts me in Göbeklitepe.
It gives me the impression that it is not an ordinary place was found out.
It is important first civilizations were founded in the Fertile Crescent.

I couldn’t see Göbeklitepe for half and a year long. Some excavations, the death of German archeologist Schmidt, restorations in it caused me to see it late than I expected.
I heard the news about the visit of Göbeklitepe from a couchsurfing friend from Chile. It’s so weird that you can’t hear or read anything about the city where you live in it. It’s not acceptable situation.

Why IT IS SO IMPORTANT ?

1. It dates back to the known histroy even in the history in the regious books.

2. There is one more interesting that there is no any human living place even any humanbeing ruins around the area.

3. It is known that Göbeklitepe is a temple. It is a temple against the belief “the most common knowledge about the first human settled and then started to worshipped.”

4. In opposite of the common knowledge about the humanbeings started to religious rituals before settling.

5. There is an important figure in old monuments – Solar bird Deities.

6. Göbeklitepe consists of 20 temples but just only 6 of them were unearthed.

8. These famous T shape pillars were sculpted after completing their moving completed and their weight is up to 16 tons.

9. The first wild wheat is transfered from Karacadağ -between Diyarbakır and Urfa– to Göbeklitepe. The first fermation of cereal to beer was done in the region. It was a kind of motivation to work much more and also in rites and celebrations. Cheers! 🍻

10. These Göbekliepe pillars were constructed in the direction of East – West. In the equinox times (21th of March and 23th of September) the Sun allignes in these pillars. In the other times of the year, these pillars were alligning to other twelve ones.

You will see 12 pillars in the temple, they symbolizes 12 months in a year and the figures in the pillars tells which month it is. It’s all about the sky. Is the ancient Turkish calendar with twelve animals coming from these pillars? Did you notice the number “12” in some religion and beliefs. What is the importance of it?

The figure in T shape pillars symbol has a resemble with the traditional dress of natives – Aborijins- in Australia.

There are two different thoughts about eclipse of the sun and spaceships attending.

There is no clear information whether Göbeklitepe was consturcted by people or aliens. In this subject, there are some different videos on video sharing websites to support their thesis.

And, Noone knows why Göbeklitepe was embed and abondened.

all information in my Gobeklitepe post is a combination of what the archaeologists found and comments about what they found there.

3 thoughts on “The Zero Point of History – Göbeklitepe |En”

This site uses Akismet to reduce spam. Learn how your comment data is processed. 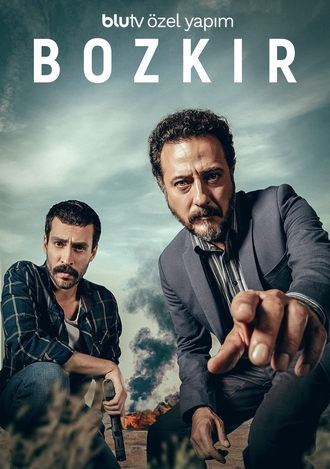